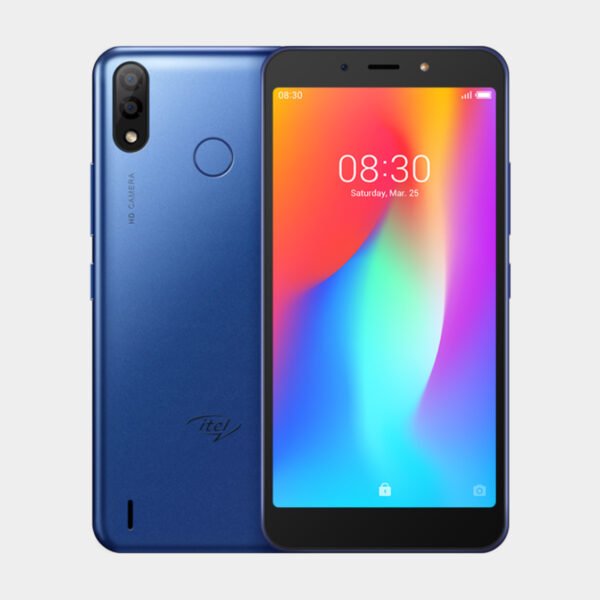 iTel Mobile had just introduced the iTel P33 which is their latest smartphone in the entry-level P series. Being in the P series, this phone is going to be a power master with huge battery capacity as that’s what the ) series phones are known for. The iTel P33 is a smartphone for anyone who needs superb battery life but is on a tight budget. iTel P33 price, specs, and review will be written in this article.

Upfront, you’re welcomed with a 5.5 inches HD+ IPS LCD display. The display has some pretty noticable bezels at the top and bottom which is not pleasing. The design is quite good. At the rear, you’d find the rear cameras, fingerprint sensor, “iTel” branding, and the speaker.

iTel P33 is powered by the quad-core MediaTek MT6580 which has a maximum clock speed of 1.3 GHz. It comes with 1GB of RAM which is not sufficient for multitasking and 16GB of internal storage which is expandable using a micro SD card.

At the rear, you’d find the dual-camera setup that features an 8MP main camera and a depth camera which helps in bokeh/portrait shots. The rear camera can record 720p videos at 30 fps. At the front, there’s a 5MP camera for taking selfies and video calls. The selfie camera comes with its own LED flash.

This iTel P33 smartphone comes with a rear-mounted fingerprint sensor and Face Unlock for biometric security.

iTel P33 Pro price in Nigeria starts at around 31,900 depending on your deal and location. It is available in all top online and offline stores across the country.

The detailed specifications and features of the iTel P33 are in the specs table below.