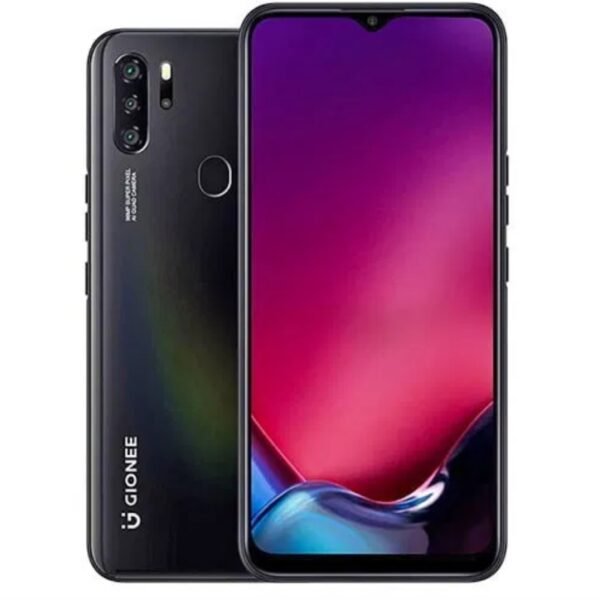 Gionee has just launched the Gionee S12 which is the successor to the previous Gionee S11 which was a good phone. The Gionee S12 comes with some upgrades and also some downgrades from its predecessor. In this article, Gionee S12 price, specs, and review will be discussed. Without further ado, let us get into the specs, price, and review of the Gionee S11.

Upfront, you’re welcomed with a 6.52 inches HD+ IPS LCD display. The display has a waterdrop notch that houses the selfie camera with minimal bezels. At the rear, you’d find the quad-rear cameras, fingerprint sensor, and “Gionee” branding.

Gionee S12 is powered by the octa-core MediaTek Helio A25 which has a maximum clock speed of 1.8 GHz. It comes with 4GB of RAM which is sufficient for multitasking and 64GB of internal storage which is expandable using a micro SD card.

At the rear, you’d find the quad-camera setup that features a 16MP main camera, 8MP ultrawide camera, and two 2MP assist cameras(possibly a depth & macro lens). At the front, there’s a 13MP camera for taking selfies and video calls.
Both the rear and selfie cameras can record 1080p videos at 30 fps.

The Gionee S12 comes with a massive 4,000 mAh battery which lasts you a whole day. Unfortunately, it does not support fast charging so you’ll spend time charging it when it runs down. It does support fast 4G LTE network which lets you access high internet speeds when browsing and downloading.

This Gionee S12 smartphone comes with a rear-mounted fingerprint sensor for biometric security.

Gionee S12 price in Nigeria starts at around 59,800 depending on your deal and location. It is available in all top online and offline stores across the country.

The detailed specifications and features of the iTel P33 are in the specs table below.